You are here: Home1 / Press Release2 / Barnacle Systems Awarded “Startup of the Year” 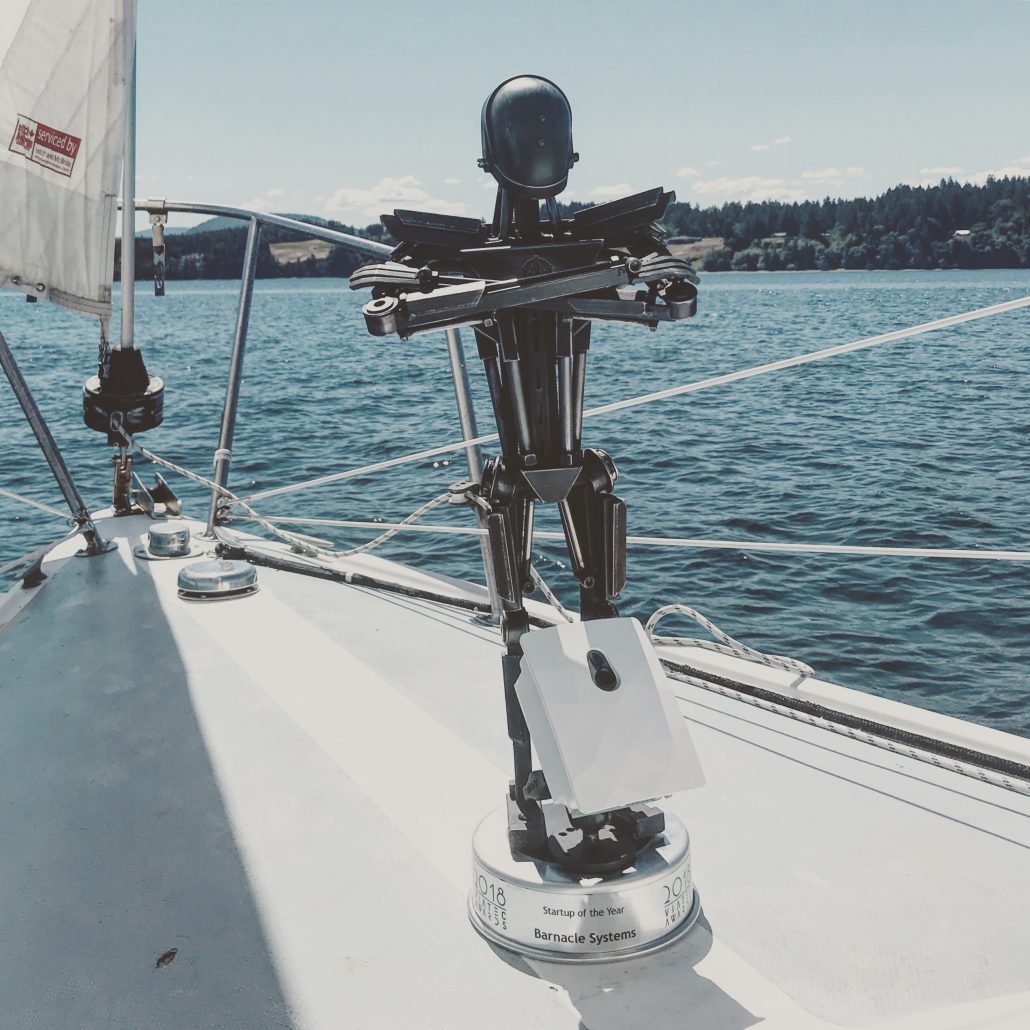 Barnacle Systems Awarded “Startup of the Year” from VIATEC

Barnacle Systems’ product, BRNKL, has been paving the way for boat security technology to catch up to the technology already available for ‘smart homes’. Similar to home monitoring products from companies such as Nest and Ring, BRNKL is a hardware product that provides peace of mind to boat owners who need to know the health and status of their vessel. While not only providing an onboard camera and motion sensor for security, the BRNKL provides boat-specific features such as bilge activity, shore power monitoring, anchor drag, and high water alarms. The unit sends the data over a cellular connection to an app on their smartphone, tablet or computer.

The story of Barnacle Systems is almost as if it was out of a textbook: A problem was identified, a solution was prototyped, a gap in a market was realized, and a company was formed in the spare room of a house. Barnacle Systems’ CEO, Brandon Wright, conceptualized BRNKL after his own boat broke moorage in January of 2017. “I was devastated. At the time, I was willing to buy an off-the-shelf product to toss in my boat and provide monitoring. After seeing the outdated equipment on the market I decided to take action. I could have never imagined that within a year the company would have already made it this far,” says Brandon. Brandon’s background is in Electrical Engineering and Product Management, focusing on developing remote surveillance and monitoring equipment for royal families, countries’ borders, and environmental monitoring. His experienced lent well to founding Barnacle Systems.

The result? Brandon built a team of full-time employees and contractors that all had previous experience developing highly reliable products that have been used in extreme and remote environments. Barnacle Systems was accepted into the VIATEC startup accelerator at the same time as they were incorporated in July of 2017. When VIATEC began its annual review process of regional startups at the beginning of 2018, the company’s CEO, Dan Gunn, took notice: “we’ve been very impressed with Barnacle’s trajectory. Brandon started in the Accelerator Program one year ago, and within 6 months he was already shipping products and generating revenue! He saw a need based on his personal experience and decided to leverage his background in remote surveillance for royal families to provide the best solution available. It was great to see him win Startup of the Year at the recent VIATEC Awards, and know that he is well on his way to serving the massive marine market with their line of ‘smart’ products.”

As well, marine industry professionals are already praising the added layer of security and peace of mind offered by BRNKL. Says Sean Battistoni of Oak Bay Marina Group, “the team at Barnacle Systems has developed the right product, at the right time, and at the right price point. This is the most exciting marine product I’ve seen in a long time.”

Barnacle Systems Inc. is a yacht security and monitoring company based in Victoria, BC, Canada. The team at Barnacle has developed an innovative new surveillance product, BRNKL, for boat owners who need to be able to check in on their vessel remotely from their smartphone, tablet, or computer. Like a “smart home for your boat”, users can see inside of their vessel using an onboard camera while also monitoring critical alerts such as anchor drag, low batteries, loss of shore power and high-water. Whether you’re at the dock, at home, or halfway around the world your boat is at your fingertips.

For more information about Barnacle Systems and the company’s innovation in the marine industry, visit www.BRNKL.io 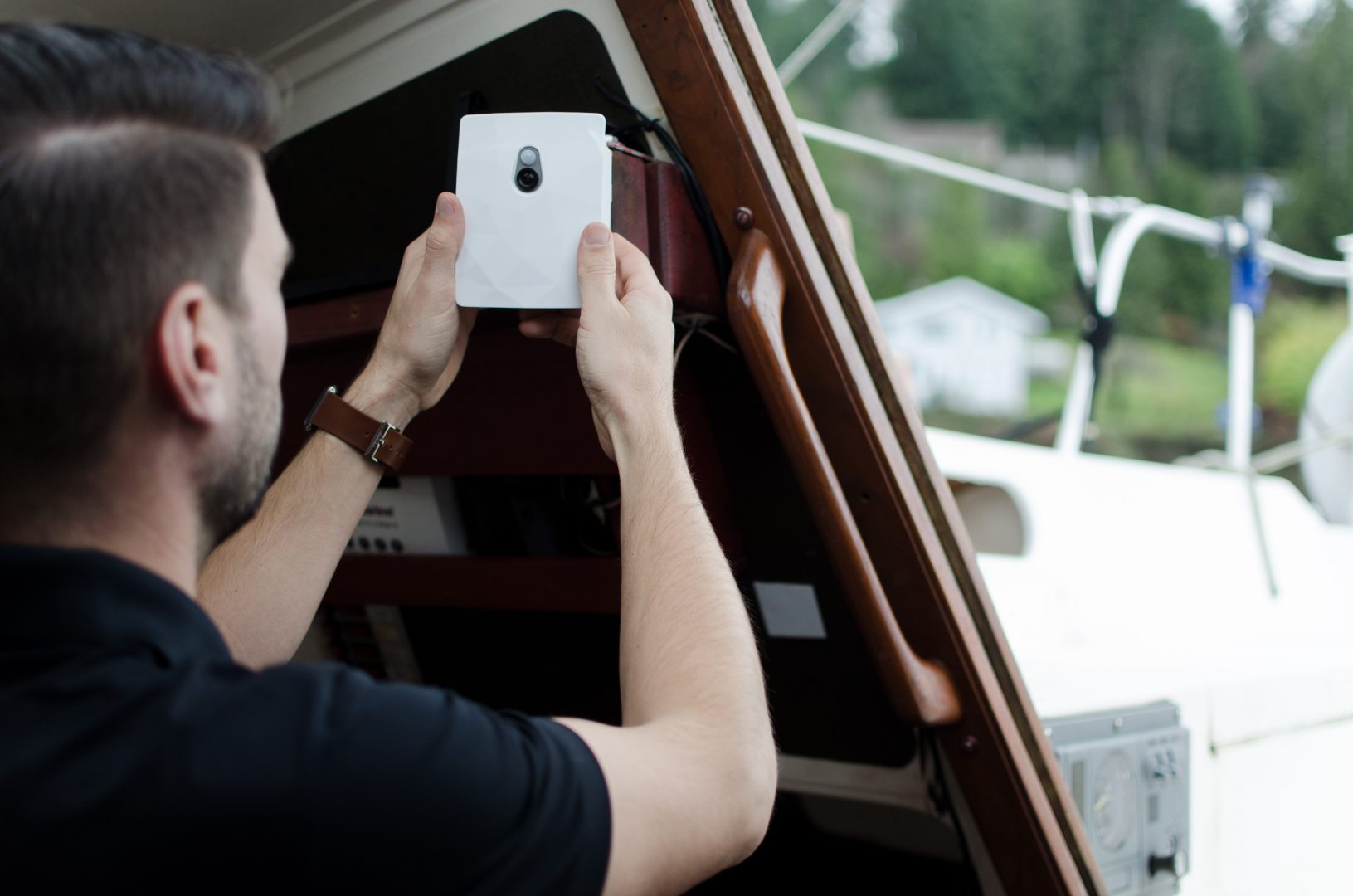 On The Wind Podcast – Building the BRNKL Business